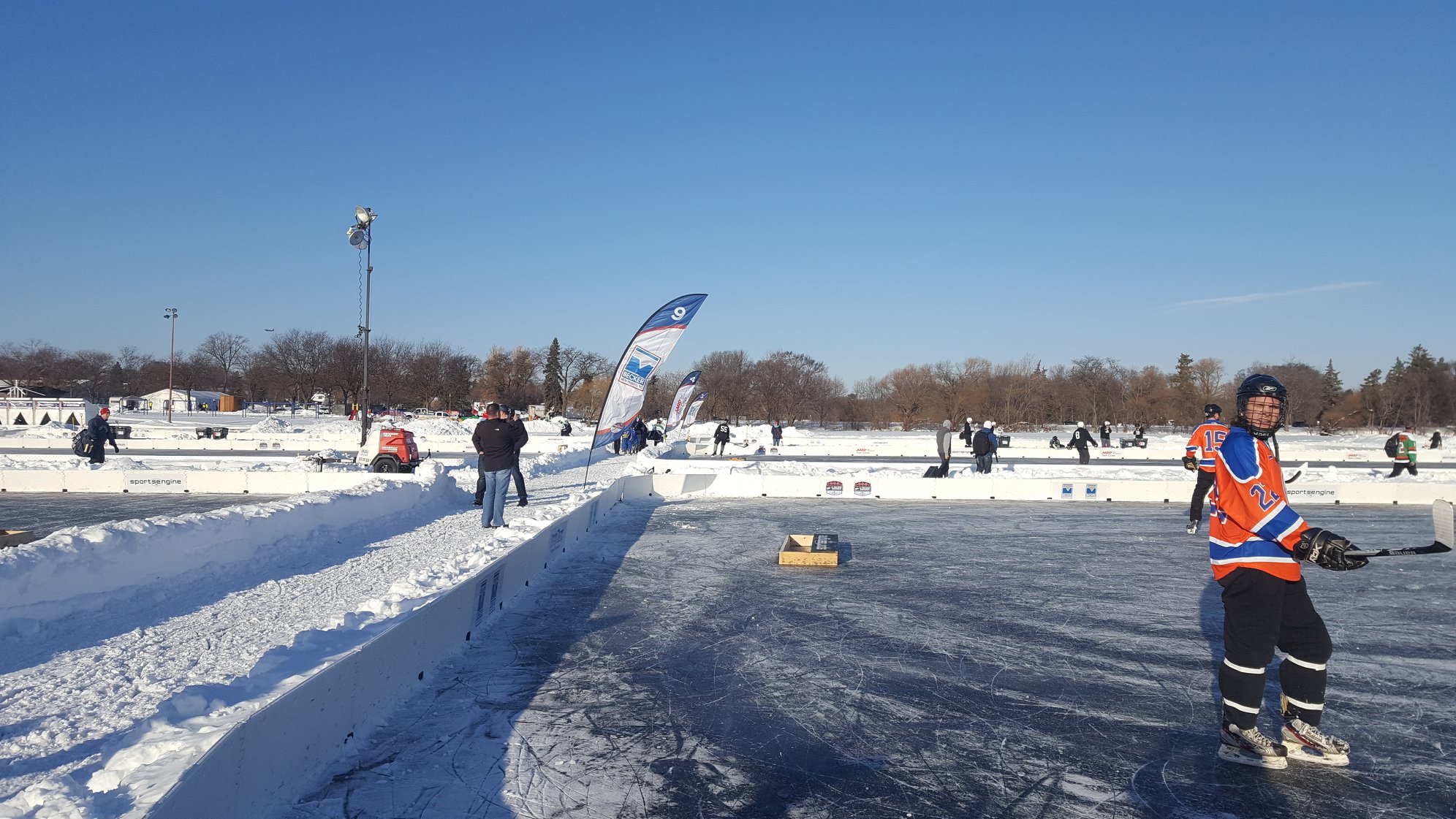 Pond hockey. The term is about as Minnesotan as flannel and hotdish. It conjures up images of frozen ponds, glistening blades and rosy cheeks. But what’s the history behind the sport? How did it all begin?

There are a plethora of theories about the origin of pond hockey. Some believe it was birthed out of Native American history – from among the Navajo, the Cherokees, the Hopi…Still others believe the origin of the sport dates back to Viking explorers in Minnesota in the 1300’s. In fact, there is a highly-esteemed piece of pond hockey lore with regard to the Vikings – referred to as the Story of the Golden Shovel.

THE LORE
According to the U.S. Pond Hockey Championships website, The Story of the Golden Shovel relates that the Vikings’ exploration was not motivated by “the pillage, plunder and loot lifestyle” but instead by the desire to spread their love of sport and tradition. Apparently, during a 2005 excavation of lowlands around Lake Nokomis by University of Minnesota archeologist, Dr. Frank Bifflehoffer, a golden shovel was discovered among Viking remains. He theorizes that this shovel was used by the Vikings to clear the rinks of snow and was awarded to the champions after each pond hockey game. However, after an untimely and particularly hazardous blizzard in 1331, while attempting to use the golden shovel to clear the rink for play both the Viking “pond warriors” and their shovel were buried under layer upon layer of relentless snow.

THE LEGENDS
During the early years of the 20th century pond hockey in America was in its heyday. Rinks were small, hand-shoveled, frozen bodies of water. Old magazines and duct tape served as shin pads and wooden boards with holes or small nets served as goals. Snowbanks were the sideboards that kept the puck in play. Boys and girls played 4-on-4 with no goalie and focused more on their skating and puckhandling skills and less on checking and shooting.

It is out of its heyday that many larger-than-life legends emerged. Take the St. Thomas Stripes, for example. It is said that during the winter of 1924 they played a whopping consecutive 674 hours of scrimmages – stopping only for “hot chocolate and hail mary’s”. Then there were the Skatin’ Kates who, according to U.S. Pond Hockey, “traveled the North Country by dogsled and toboggan, taking on all challengers during the winter of 1925” and were said to have “left behind them a trail of broken hearts and dented twine.” And we would be remiss not to mention George “Concrete” Conroy who supposedly could “peel a tomato with the blade of his stick”. Ahh…the good ol’ days!

THE LEGACY
In 2005, lifelong pond hockey player Fred Haberman had a vision. What if there was a way to celebrate the heritage and nostalgia of pond hockey …perhaps a national pond hockey tournament that would draw players to Minnesota from all over the country for the sheer love of the game? His vision quickly became a reality when, with much passion and planning, in 2006 Minnesota hosted its first ever U.S. Pond Hockey Championships – 120 teams from across the country came to Minneapolis to play on 25 rinks while thousands of spectators cheered them on.

While the “Golden Shovel” has since been passed on to another passionate group of pond hockey players and planners the spirit of pond hockey lives on in the yearly Twin Cities Championship games. Held on Lake Nokomis, January 2018 marked the 13th annual U.S. Pond Hockey Championships. With each passing year the event grows in notoriety. ESPN.com lists the U.S. Pond Hockey Championships as “one of the 101 things sports fans must experience before they die.” Sports Illustrated calls the event “perfect in every detail.” Much like flannel and hotdish, you ask? You betcha. 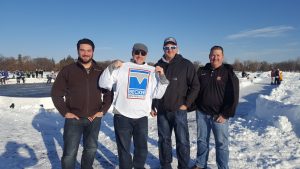