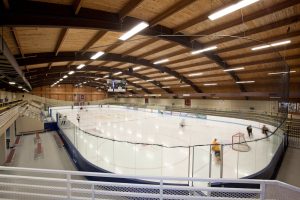 When it comes to managing your rink, pucks are probably the LAST thing on your mind. But all eyes are on the “biscuit” during the practices and games your rink hosts. Find out some history about the puck, learn some tips on cleaning those pesky puck marks, and discover the best way to keep pucks in the rink.

Although there are a lot of theories about how and where the modern game of ice hockey originated, one thing is certain – hockey pucks weren’t always solid rubber discs. In fact, pucks as we know them today were once crude, frozen cowpies which – when hit with sticks – glided effortlessly across a frozen pond. Throughout the history of the game, wood and stone were also commonly used. However, by the late 1800’s, rubber was the preferred material for the infamous puck and they were often crafted by slicing a lacrosse ball in thirds and using the middle. 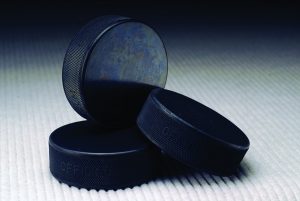 Today’s modern rubber puck is crafted for durability using 11 primary ingredients: natural rubber, a couple different oils, coal dust as a filler, antioxidants that lengthen the rubber’s lifespan and additives such as calcium carbonate and sulfur to cure the puck during the formation process.

One puck does not fit all. Know which type of puck to purchase or recommend.

Removing puck marks can be no small task.  These products can help you clean up your rink in no time. 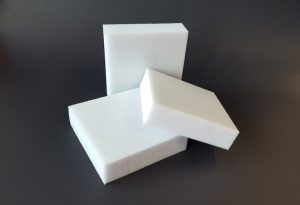 If you prefer power tools to elbow grease, you may prefer using the Cyclo Polisher – a fast and effective tool for removing puck marks and restoring shine to your scuffed dasher facing. Applying two coats of a sealer such as Exceed Board Sealer after you clean your boards will help to make future puck mark removal easier. 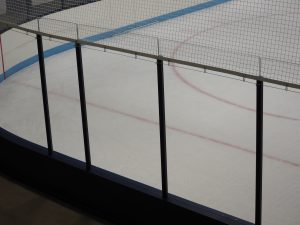 Although there is no requirement to have puck control netting installed at your rink, prioritizing spectator safety has become an industry standard. When determining what type of netting system would best suit your rink, consider the following:

Spectator netting is available in nylon, monofilament or Kevlar material and can be purchased in either black or white. While the manner of installation depends on what type of building you have, installing the netting in a square rather than a diamond pattern provides easier installation and spectator viewing.

If you would like to learn more about the products we carry or are interested in ordering pucks, cleaning supplies or puck control netting for your hockey arena, we would love to connect with you! You can call us at 800-234-5522 or visit us online at www.beckerarena.com.