”You can't take it with you, but you can send it on ahead.

John and Dede Howard were major financial contributors to several buildings and projects in Southwest Michigan including the local ice arena located in St. Joseph, originally built in 2001. They also purchased the ice resurfacer for the rink which features a photo of John and Dede Howard as a “Thank You” from the community for their generosity.

Just a few weeks after the 2018 renovation was completed and a few months before his 100th birthday, the news of John Howard’s passing was shared by his family to the City of St. Joseph. St. Joseph City Manager and friend, Frank Walsh, commented on John Howard’s legacy in an article written by Pat Moody shortly after John’s passing.

“John Howard’s legacy will go way beyond the buildings he and Dede helped provide to the community. John’s legacy will be his deep compassion for those in need. He had a heart the size of the Grand Canyon and bestowed his kindness in a quiet manner.”

Leaving a legacy on the ice

After many years with the existing boards, The City of St. Joseph, Michigan had plans to improve the John and Dede Howard Ice Arena – a partially covered outdoor ice arena – in late 2018.

Partnering with Becker Arena Products, Inc. allowed the city to utilize their Sourcewell cooperative purchasing membership and trade in their existing boards through Rink Equipment Resource providing additional savings on the project. The NHL-sized, partially enclosed rink was upgraded with Signature Series BAP6.0 steel framed outdoor dasher boards featuring 7″ panels, white fiberglass facing and backer and powder-coated posts. Protective netting was also installed around the perimeter of the rink. The player box back walls were custom-designed to accommodate an existing steel railing mounted on a concrete curb. 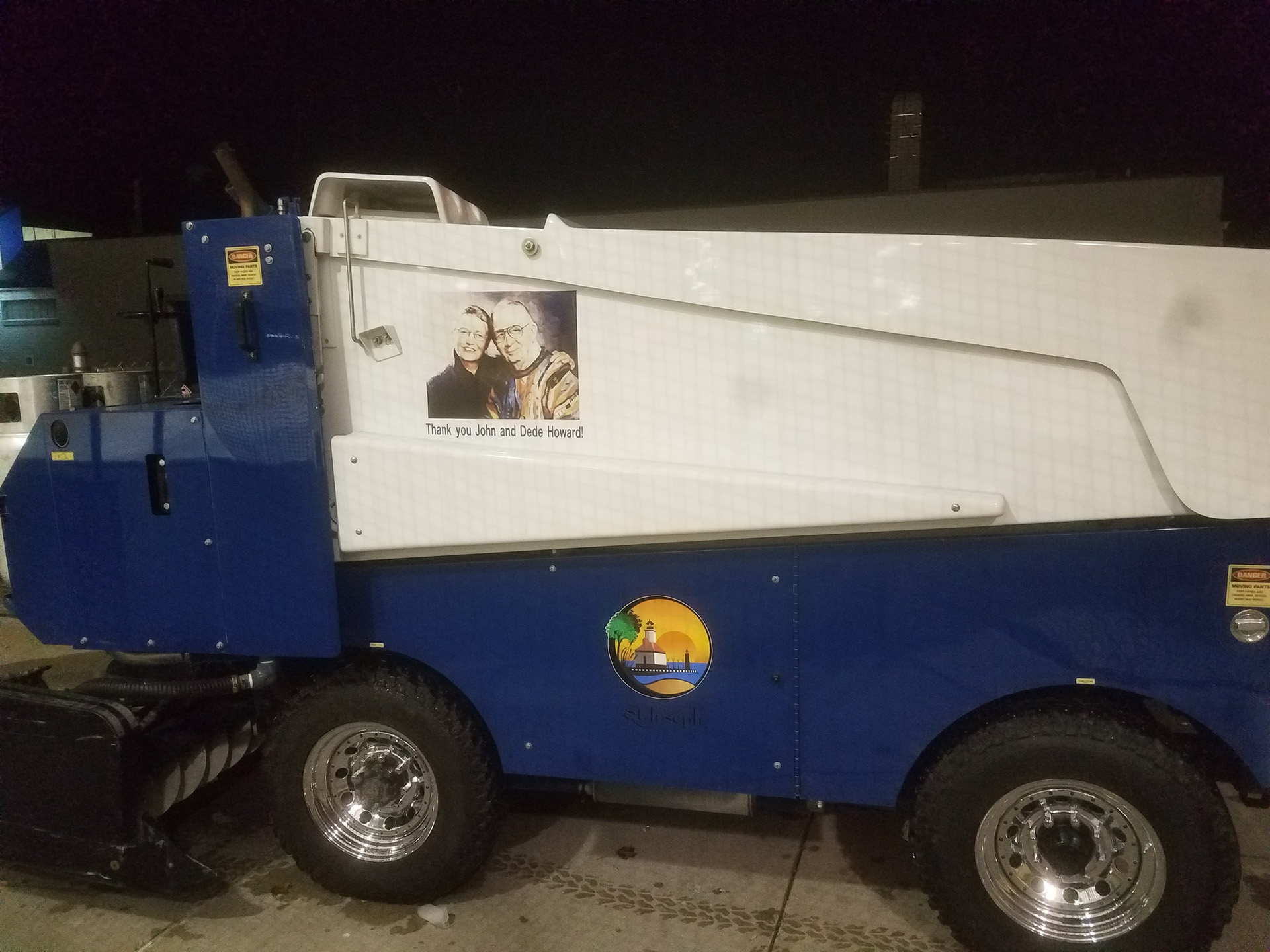